Surgically Addressing Aging in the Midface - The Facelift 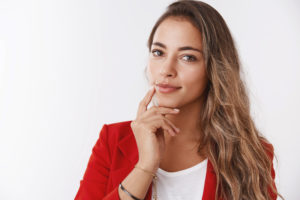 Facelifts have long been a staple of the cosmetic surgery world. Sometimes in the past there have been cases of celebrities getting a less than good job. Most older people remember Frank Gifford coming back to Monday Night Football one fall with a face that looked like it was being put on the rack. More recently, Kenny Rogers was the object of intense Internet ridicule for his stretched face.

But a facelift that is expertly performed by a skilled surgeon such as Dr. Admire can take 10 to 15 years off a person’s age. Plus, new techniques, such as the “mini facelift” create less scarring and make for easier recovery.

A facelift is a way to counteract the sagging skin and volume loss that come with aging in a more permanent way than the use of dermal fillers and injectables.

WHAT CAN A FACELIFT ADDRESS?

Clinically known as rhytidectomy, a facelift focuses mainly on the middle to lower face. A facelift can help remove the smile lines that run from the corners of the nose down to the corners of the mouth. It can restore the definition of the jaw line, remove deep wrinkles in the cheeks, address volume loss and sagging in the cheeks, and remove the loose skin in the neck that leads to vertical cords. Expertise is important in a facelift to leave the right amount of fat and excess skin to avoid an unnatural result. That’s where the experience and expertise of a board-certified plastic surgeon such as Dr. Admire is paramount.

Despite its name, a facelift doesn’t address the entire face. Issues with the eyes and brows are not remedied, as they involve different musculature. For forehead lines, sagging brows, puffy eyelids, and other issues in these areas, Dr. Admire may recommend that you combine either a brow lift or eyelid surgery with your facelift.

Dr. Admire usually performs facelifts as outpatient procedures. They typically don’t require an overnight hospital stay. The procedure normally runs anywhere from three to four hours, depending on the areas being corrected. Incisions are made on each side of the face, usually beginning at the temples in the hairline, and running downward in front of the ear, around the earlobe, ending in the hairline behind the ear. The skin is lifted, and underlying muscle and tissue is tightened to provide a rejuvenated look. Excess fat is carefully removed, and excess skin is trimmed away. Then the skin is re-draped over its new contour and the incisions are closed with sutures. Drains are placed to prevent the accumulation of fluids and the patient’s head is wrapped in bandages.

After every facelift, regardless of the method Dr. Admire employs, there will be significant swelling and bruising. This will disappear, for the most part, gradually over the first two weeks. Most patients can return to work in a week or two. But it will take from two to three months for the full results of the facelift to show themselves, due to residual swelling. Swelling often returns in the evening, particularly after spending the day on your feet.

with minimum purchase of $150